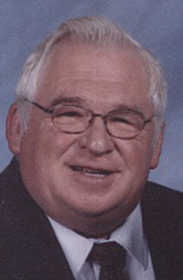 Ernest was born in Quincy, Mass., and lived there until age 14. He moved to Milwaukee, Wis., with his parents until he joined the U.S. Air Force in 1959 and was discharged in 1962. Ernest had lived the last 40 years in Nevada. He made his living primarily as a truck driver. He had also worked as a retail store manager and an insurance salesman. Ernest was a member of the First Baptist Church. He liked to fish and build furniture and enjoyed traveling.

A memorial service will be held at 2 p.m., Wednesday, March 27, at Ferry Funeral Home in Nevada with the Rev. Hubert Fox officiating. Friends may call now and until the hour of service at the funeral home.

Contributions may be made to the Ronald McDonald House in care of Ferry Funeral Home, Nevada.