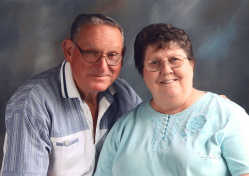 Henry and Polly (Mills) Shumaker Sr. will observe their 50th wedding anniversary on July 14, 2013. The couple will celebrate at a reception beginning at 6 p.m. Saturday, July 13, at the 3M Clubhouse.

Also honored at the reception will be Henry's parents, Harold and Lucille Shumaker, who were married Jan. 1, 1941, and will be celebrating 72 years of marriage.

The event is open to all friends and family of the couples. 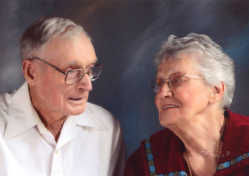 Hosts for the reception are Amber and Wesley Kafer, Brenda and John Larsen, and Henry Shumaker Jr. They will be assisted by Karen Foster, Cindy Peery, and other friends and family.

Henry and Polly were married July 14, 1963, in Nevada and have lived in the area all of their married lives. He is retired from 3M and now spends time farming. She is general manager at Super 8 Motel. Her hobby is embroidery. Both enjoy fishing and spending time with family.