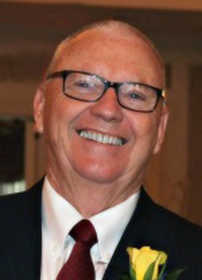 Ron was raised on a farm outside of Milo, Mo. Ron grew to love the soil and the animals at a young age, and decided to continue the traditions of his ancestors and become a farmer. Ron attended grade school in Milo and high school in Nevada, where he was in the student government, FFA, and played basketball.

After high school, Ron enlisted in the military serving from 1953 to 1962 in the Army and had considered making a career in the Army, but, he decided that he wanted to marry the girl he met at the Vernon County Youth Fair, Judy. So he finished his enlistment in the army and served out his military requirement in the National Guard and Ready Reserves and returned home to start his farming operation and family with Judy.

Ron was active in the community and in his church. Ron was a long-time member of the Milo Baptist Church and then transferred his membership to the First Baptist Church in Nevada where he was ordained as a deacon. In addition, he taught Sunday school for years, was Royal Ambassador leader, and past Sunday school superintendent. He was an avid student of the bible. He loved his church and his church family. Most of all, he loved God.

During his career of farming, he was awarded many honors, such as: County Farm Management Award, State Farm Management Award, Agribusiness Man of the Year, Premier Seed Grower Award, Vice President of the Missouri Soybean Association and Bi-Centennial Contribution to Agriculture Award for Vernon County. Ron was an active member in the community. He was a long-time member of the Vernon County Youth Fair Board, Nevada R-5 School Board member and President, Rotary, The Pork Producers, Airport Board, and Nevada City Councilman. One of Ron's personal favorite accomplishments was being a driving force and an original board member of the "Sheltered Workshop."

After leaving the farm, Ron owned and operated with his wife, The United National Real Estate office. Later he took a position with Nelson Laboratories, as a Veterinary Pharmaceutical and Supply Representative, which he did until his retirement.

Ron loved nothing more than spending time with his family. He loved watching his children grow into adults and raise families of their own. He loved to spoil his granddaughters and recently his great grandchildren. His wife and family was his greatest blessing. If you knew Ron, you knew he never met a stranger and that he had a charitable heart.

Lee Ronald Dahmer was preceded in death by his parents and one infant son, Grant Lynn. He is survived by his wife of 56 years, Judy, of the home; his son, Dr. Mark Dahmer and daughter-in-law, Susan, of Ankeny, Iowa; his daughter, Lori Copeland and her husband, Dr. Brad Copeland, of Moundville; four granddaughters, Alana Nolan and her husband, Jim, Dr. Rachel Ulrich and her husband, Drew, Sara Werner and her husband, Thomas, and Alyssa Dahmer; and, two great-grandchildren, Melissa Werner and Travis Nolan.

Ron is also survived by his sister, Lou Jean Stiles, of Nevada; and a close family friend, Rodney Oman and his wife, Michelle, both of Nevada.

Contributions may be given in memory to the Alzheimer's Research Foundation, First Baptist Church Children's Wing debt reduction, or the charity of choice.