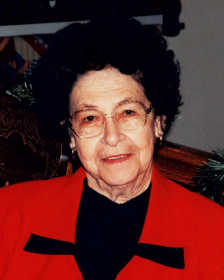 Neva Bunn-Hite, 92, resident of rural Deerfield, Mo., died Thursday, Sept. 26, 2013, at her home. She was born Feb. 22, 1921, in Montevalleo, Mo. She graduated from Nevada High School in 1939 and attended Fort Scott Junior College until 1940. At the age of 19 she began teaching at Moore School in Moundville School District in a one-room school with 29 students. She also taught at Hackberry School for three years. She graduated with an AE in education from Southwest Baptist College in Bolivar. She married John Julius Bunn in 1944. She returned to college at Pittsburg State and received a BS degree and in 1970 completed her masters of elementary education and specialist certification in reading. While attending college she taught at Metz School and became principal of the elementary school. In 1971, she began teaching at Nevada in the Elementary Reading Program and transferred to the middle school. She retired in 1982 to care for her husband until his death.

Neva was awarded a lifetime teaching certificate in the state of Missouri and was a member of Missouri Retired Teachers Association, both for Missouri and Vernon County. She was a former member of Alpha Delta Kappa and Kappa Delta Pi.

Her work ethic was evident by the many hats she wore during her lifetime. Many students from the one-room country school Pleasant Valley remember her as their first bus driver. She owned and operated a Grade-A dairy farm, milking morning and night. She was a mother, wife, grandmother who valued education. She served on the 4-H, community boards, water district and the election board. She was instrumental in purchasing the current Clayton 4-H building for $1 so community children would have a place to attend 4-H meetings

Neva married Alva O Hite in 1992 and they enjoyed a life together attending church, visiting with family, and having fun with friends. Alva preceded her in death in September 2012.

Neva was an active member of the Community Christian Church and enjoyed Sunday school and Thursday morning breakfast groups.

She was lovingly cared for by family, doctors, nurses, and home health care aides. She is greatly missed by all those who knew and loved her.

Neva is survived by four children, John J. and Billee Bunn of Deerfield, Mo., Jeanette Kay (Kay) and Dwayne McCune of Baldwin City, Kan., Margaret Ann (Maggie) and Dennis Smith of Great Bend, Kan., and Deborah Sue (Deb) and Terry Keller of Wentzville, Mo. In addition to her children, she is also survivied by four stepchildren, Mike, Gary and Tom Hite of Newton, Kan., and Joe Hite of Valley Center, Kan. Neva has numerous grandchildren, great-grandchildren, and great-great-grandchildren, nieces and nephews. She is also survived by a brother, Raymond Rippee of Meriam, Kan.; and two sisters, Dovie Pearl of Oroville, Calif., and Velma Peterson of Yucaipa, Calif. She was preceded in death by one brother, William Wesley Rippee; and two stepchildren, Betty Crossland Richert and JB Bunn.

The Rev. Tim Woodring will conduct funeral services at 1:30 p.m., Monday, Sept. 30, at the Community Christian Church. Burial will follow in the Evergreen Cemetery. The family will receive friends from 2 until 4 p.m., Sunday, at the Cheney Witt Chapel.

Memorials are suggested to either the Clayton 4-H Building Fund or Community Christian Church 55 Plus Group and may be left in care of the Cheney Witt Chapel, P.O. Box 347, 201 S. Main, Fort Scott, Kan., 66701.