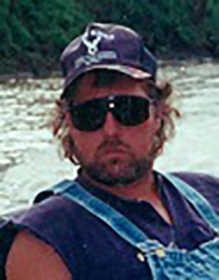 Mike was raised in Nevada and graduated from Nevada High School in 1976. He worked as a custom fertilizer applicator most of his life and was owner/operator of Jenkins Lime for the past 10 years. He enjoyed hunting and fishing and was a member of the North American Hunting Club. Mike was a member of the Nevada Elks Lodge No. 564.

Funeral services will be held at 2 p.m., Wednesday, Nov. 6, at Ferry Funeral Home, Nevada, with the Rev. Roger Beach officiating. Interment will follow in Newton Burial Park, Nevada. Friends may call now and until the hour of service at the funeral home. The family will receive friends from 6-8 p.m., Tuesday, Nov. 5, at the funeral home.

Contributions may be made to a scholarship fund for his children in care of Ferry Funeral Home.