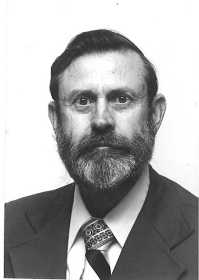 Mr. Lambert was a veteran of the U.S. Marine Corp, serving during World War II.

He earned a bachelors degree in civil engineering from the University of Arkansas. He retired from the U.S. Geological Survey in Rolla, in 1990, with 41 years of service.

In addition to his parents, Laurence was preceded in death by three brothers, Ethan and Clarence Lambert and Victor Harbet; one sister, Ethel Lambert; and two grandsons.

He will be greatly missed by his surviving family which includes his wife, Dorothy Lambert, of Rolla; four children, Paul Lambert and wife, Tania, of Rolla, Mary Michno, of Rolla, Caitlin Johnston and husband, Matthew, of Edgewater, Md., and Benjamin Lambert, of Columbia, Mo.; one brother, Joe Lambert, of Pollard, Ark.; 10 grandchildren; one great-grandchild; and other extended family members and dear friends.

A visitation for family and friends will be held from 5-7 p.m., Wednesday, Feb. 26, at the Null & Son Funeral Home, in Rolla. A funeral service for Laurence Lambert will be held at 1 p.m., Friday, Feb. 28, at the Hoggard & Sons Funeral Home in Piggott, Ark. Interment with military honors will follow in the New Hope Cemetery in Pollard, Ark.

In lieu of flowers, memorial contributions are suggested to the Missouri Prairie Foundation or the Nature Conservancy.

Online condolences may be offered at www.nullandsonfuneralhome.com.

Arrangements are under the direction of the Null & Son and Hoggard & Sons Funeral Homes.