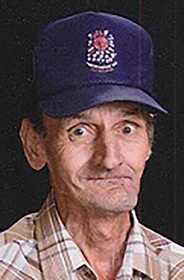 Roger Dean Hada, 66, of Nevada, Mo., passed away Friday, Sept. 19, 2014, at Nevada Regional Medical Center, after battling cancer. He was born Jan. 1, 1948, in Nevada, the son of John and Laura Dale (Morrison) Hada. Roger grew up and spent most of his childhood around the Walker area. He graduated in 1966 from Walker High School, then within a short time entered the United States Air Force where he served our country during the Vietnam era.

Once his military commitment was completed he returned to this area and was united in marriage to Deanna Kay Dobbs on Nov. 7, 1970, and she survives of the home. Together Roger and Deanna became parents of two children. They lived for a time in the El Dorado Springs area where he worked at odd jobs with the local sawmill and sale barn. After living in El Dorado Springs for about three years, the family moved closer to Nevada. He then worked for a number of years for Bob Beaty hauling gravel. He then began employment with Crane working there for 11 years before starting work as a farmhand for Bill Jones in Liberal, always preferring working in the out-of-doors.

Roger was a Latter Days Saints believer and also attended the First Baptist Church in El Dorado Springs for a time. In what spare time he had he always enjoyed hunting -- coon and dove, and fishing.

Aside from his wife, Deanna, survivors include his two children, Robert L. Hada, of Nevada, and Angela Dawn Henson and Kenneth, of Wellston, Okla.; five grandchildren, Jessica Brown and Brendan, of Nevada, Nathaniel Henson, of Wellston, and K.J. Henson and Ashley, Kevin Henson, and Katie Henson, all of Oklahoma; one great-grandson, Jonathon Henson, also of Oklahoma; one sister, Maxine DeWolf, of Independence; his mother-in-law, Martha Dobbs, of El Dorado Springs; many brothers-in-law and sisters-in law; and cousins in Oklahoma, nieces, nephews, other relatives, and many friends. Roger was preceded in death by both of his parents.

A memorial service with military tribute will be held at 2 p.m., Sunday, Sept. 28, at Newton Burial Park, in Nevada. The ceremony will be conducted at the flagpole located on the cemetery grounds. A celebration of life will follow at the Elks Lodge lower level, following the memorial service.

Contributions may be made in Roger's memory to the Nevada VA Chapter in care of Ferry Funeral Home.