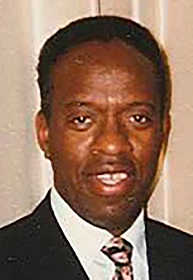 Leon Walter Lowe, 68, beloved husband, father, granddad, uncle, coach, and friend, lost his battle to cancer on Oct. 10, 2014, at Cox South Hospital, in Springfield. He is survived by his wife, Marilyn, of the home; one son, Craig Leon Meachum, of Augusta, Ga.; one daughter, Cassandra White, of Wichita, Kan.; five grandchildren, Martese and Jorell Meachum, Drew and Douglas White, and Karl Paige III; his mother-in-law, Madelyn Tourtillott; 48 nieces and nephews; and a host of former athletes who shared his love of sports.

Leon was born in Pittsburgh, Pa., on July 19, 1946, where he attended school excelling in all sports. He first came to the midwest right out of high school to play football at Coffeyville Community College. Before he could finish his education, he was drafted into the U.S. Army where he served for two years. Upon his discharge, he returned to college at Pittsburg State University where he continued his football career.

Leon was an active member of Kappa Alpha Psi Fraternity and enjoyed many lifelong friendships with his brothers. He continued to serve his country in the Air Force Reserves for 21 years. After graduating, he began working as a recreational therapist, working at the Nevada State Hospital for 20 years before he began teaching special education at Nevada, Lamar, Sheldon, Aurora, and Monett.

Leon loved all of his family and basketball officiating, but his true passion was coaching. Once he had officially retired, Leon had the opportunity to help coach basketball for the Crowder Lady Roughriders. He enjoyed working with young people and had the special talent to make each athlete feel as if he/she was the most important person on the team. Leon also enjoyed working with Special Olympics, AAU sports teams, and volunteering with nieces and nephews' teams. In addition to being a sports fanatic, Leon was a talented singer who sang in the choir at First Baptist Church and at weddings and funerals. Leon was preceded in death by both of his parents, Carl Bacon and Mildred Lowe Flowers; and his father-in-law, Everett Tourtillott.

Funeral services will be held at 10 a.m., Friday, Oct. 17, at the First Baptist Church, in Nevada, with the Rev. Hubert Fox officiating. Interment with military honors will follow in Greenlawn Cemetery, Rich Hill, Mo. Family will receive friends from 6 to 8 p.m., Thursday, at Ferry Funeral Home, Nevada. Friends may call from noon on Tuesday untill 8 p.m., Thursday, at Ferry Funeral Home.

Contributions may be made in his memory to NHS Scholarship Fund or American Cancer Society in care of Ferry Funeral Home.