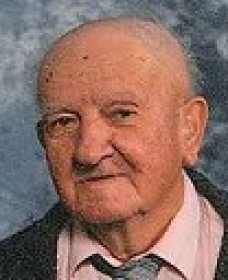 "Allen" as he was known was raised in Cabool and shortly after school joined the United States Army serving our country from January 1951 to January 1953. He married his first wife Clara early in his life and she preceded him in death in 1977. They had relocated to the Vernon county area in 1957.

Throughout his working years, Allen was an over-the-road trucker, mostly hauling grain and fertilizer across the entire United States from north to south and east to west. When he could fit in some spare time he enjoyed fishing, gardening, woodworking, reading, and working word-find puzzles. But more than anything he loved spending time with his family, especially his grandchildren, and great grandchildren. He was a faithful longtime member of the Nevada Seventh-day Adventist Church.

Aside from his wife, Lorene, survivors include his children, Clara Roberts, of El Dorado Springs, James Roberts and Sandra, of Moundville, Thomas Roberts and Kim, of Fort Scott, Kan., Roberta Fyock and Robert, of El Dorado Springs, Richard Roberts, of Nevada, Jeanie Allen, of Nevada, Pat Roberts and Debbie, of Pottsville, Texas, Connie Pryor, of Fort Scott, Kan., Marylyn Hill, also of Fort Scott, Kan., Jan Washington and Tony, of Arma, Kan., and Sherrie Burner and Rex, of Winfield, Kan.; numerous grandchildren and great-grandchildren; his sister, Audrey Parker; brother, Buddy Roberts; and cousins, nieces, nephews, other relatives and many friends. Aside from his first wife, Clara, Allen was preceded in death by his parents; his stepfather, George "Fritz" Million; a sister, Chestine Corbin; a daughter, Valerie Fanning; and two sons, Floyd David Goodman and Ronnie Goodman.

Funeral services for Eugene Allen Roberts will be held at 11 a.m., Friday, Oct. 24, at the Nevada Seventh-day Adventist Church, with the Rev. Abel Hagan officiating. Interment will follow in Newton Burial Park, in Nevada. Visitation will be held from 10 to 11 a.m., just prior to the service at the church.