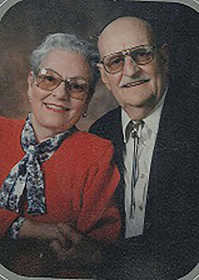 Frances came with her family to Vernon County at a young age where she attended Sheldon High School. Following high school she worked at the Nevada State Hospital and later the Nevada City Hospital for many years. Frances was a devoted caregiver and also provided private nursing care for a time. In 1971, she moved to Payette, Idaho, and began working for Ore-Ida Foods Inc. in Ontario, Ore., as the plant nurse until her retirement in 1993. Frances returned to Nevada in 1994. She has resided in Butler for the past three years. Frances attended the St. Mary's Catholic Church in Nevada.

Mass of Christian burial will be held at 10 a.m., Friday, Jan. 2, at St. Mary's Catholic Church, in Nevada, with the Rev. Matthew Benjamin officiating. Interment will be held in Mt. Calvary Cemetery, Nevada. A rosary service will held at 5 p.m., Thursday, with visitation following until 7 p.m., at Ferry Funeral Home, in Nevada.

Contributions may be made in her memory to St. Mary's Catholic Church "Building Fund" in care of Ferry Funeral Home.