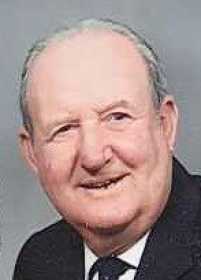 Bill attended school and grew up in Milo and as soon as he was old enough began working on his future father-in-law's farm, which later became his land. During the mid-1970s he began employment with the United States Postal Service and continued that occupation while also farming. He retired from the Postal Service in 1990. He also worked for a time at the ASCS Office.

When time allowed he enjoyed fishing, bowling, and playing cards. But his greatest passion and entertainment was spending time with his grandchildren on the farm. He spent many hours on tractor rides with them and always took the extra time just to be around them. He was a long-time member of the Moundville United Methodist Church before moving his membership to Nevada. He was also a member of the Nevada Elks Lodge and Rural Carriers Association.

Funeral services for Troy C. "Bill" Hensley are scheduled for 1:30 p.m., Friday, Feb. 27, at the United Methodist Church, in Nevada. Visitation will be held from 5 to 6:30 p.m., Thursday, Feb. 26, at Ferry Funeral Home, in Nevada. Interment will follow the service in Newton Burial Park in Nevada.

Contributions may be made in Bill's memory may do so by making a donation to Vernon County Cancer Relief or the Nevada Senior Center in care of Ferry Funeral Home.