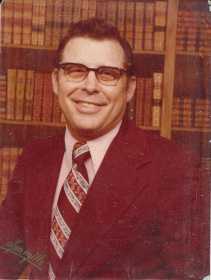 Bill was a proud member of the U.S. Army and was a World War II Army veteran and a devoted family man. He was a Deputy Sheriff, in Nevada, in 1959 and 1960. Bill was very proud of his time spent as a law enforcement officer and of his military service.

He loved to fish and hunt small game when he wasn't busy working to support his family. He was also a proud member of the Free Masons Society and was a member in good standing.

Fond memories and condolences for the family may be left at www.charterfunerals.com.