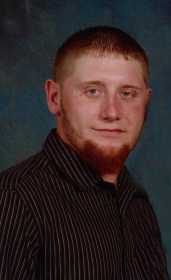 Tommy graduated Harrison, Ark., High School in 2007 and worked as a diesel mechanic for KRD Trucking. He loved hiking and fishing and enjoyed hunting for morel mushrooms in the spring. He was engaged to be married to the love of his life.

Tommy was preceded in death by his father and both grandmothers.

Contributions are suggested to Tommy Rives family in care of Daniel Funeral Home.

Condolences may be shared at www.danielfuneralhome.net.