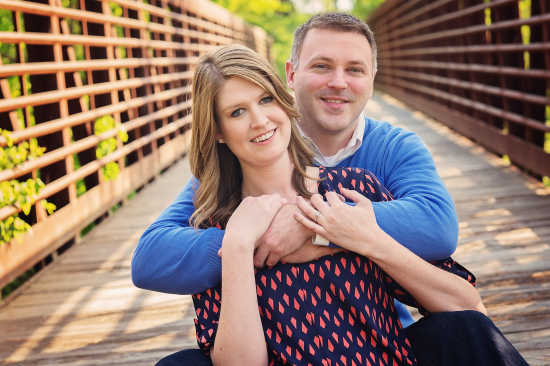 Brett is the grandson of Ruth Gordon, the late Bob Gordon, and Maxine and Bob Robertson.

Rachel is a 2003 graduate of Rogers High School and received her bachelor of science in Business Administration for Transportation Logistics in 2007 from the Walton College of Business at the University of Arkansas. She is currently the director of shopper marketing for Yieldbot, a New York based ad-tech company.

Brett is a 2000 graduate of Billings High School and received his bachelor of science in physics in 2005, followed by a master's in engineering management from Missouri University of Science and Technology, Rolla, Mo., in 2006.

He is currently a senior strategy manager at the home office of Wal-Mart in Bentonville, Ark.

The couple plans to be married on Oct. 24, 2015, at Hunt Chapel, with a reception to follow at Shadow Valley Country Club, Rogers, Ark. They will be residing in Bentonville, Ark.