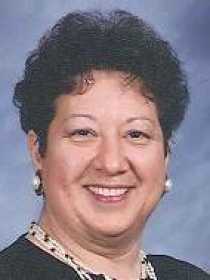 Margaret grew up in Purdy and graduated with the Purdy High School Class of 1966. She spent many years caring for her family and used the skills she developed during her career as a cook in the Nevada schools. She pursued further education through Crowder College until her health prevented her from continuing. She enjoyed writing, music and spending time with family and friends. She was an active member of the First Baptist Church of Nevada.

Survivors in addition to her husband, Mike, of 38 years, include five children and two stepdaughters, Jeffrey Jobe, Nevada, Jeremy Jobe and wife, Cheryl, of Columbia, Christie Harvey of Joplin, Rebecca Hornbostel and husband, Everett, of Bolivar, Michael Miller Jr. of Maryville, Michelle Covey and husband, David, of Nevada, and Ruth Olson and husband, Scott, of Nixa; 18 grandchildren; 13 great-grandchildren; her mother, Willa Stewart; one brother, Rich Stewart and wife, Mary Ann; and sister, Connie Rickert, all of Purdy; sister, Patti Wentling and husband, Kirk, of Ash Grove; sister, Brenda Lee and husband, Doug, of North Platte, Neb.; and numerous nieces, nephews, and friends. She was preceded in death by her father; one brother, Bob Stewart; three grandchildren; and one great-grandchild.

Funeral services for Margaret Lee (Stewart) Miller will be held at 10:30 a.m., Friday, Dec. 18, at Ferry Funeral Home, in Nevada. Visitation is scheduled from 5 to 7 p.m., Thursday, Dec. 17, also at the funeral home. Interment will follow at a later date.

Contributions may be made in her memory to the Youth Fund at the First Baptist Church, in Nevada, Mo.