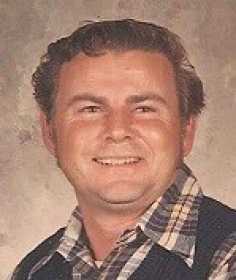 Tony attended school in Nevada graduating with the Class of 1962. As a teenager he worked with his father in the family owned Nevada Roofing Company and later he and his brother Tandy ran the business together. The roofing business covered an approximate 100 mile radius of Nevada taking care of both commercial and residential area customers.

When time allowed Tony loved to river fish on the Osage at Schell City and loved catching catfish and crappie. He was an accomplished trap shooter and loved the sport. He was an avid gun collector and was a member of both the NRA and GOA.

For seven years he and Linda owned and operated Linda's Diner in Nevada retiring that business in 1996. Most recently he and Linda had been attending Heritage Baptist Church. Tony cherished spending time with family and doted on his grandchildren and great grandchildren.

A Celebration of Life graveside service for Tony Lee Pike will be held at 11 a.m., Monday, Feb. 1, at Moore Cemetery, in Nevada, with Pastor Jeff Adams officiating. Visitation will be held from 2 to 4 p.m., Sunday, Jan. 31, at Ferry Funeral Home, in Nevada.