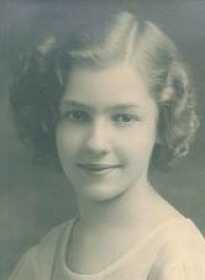 Betty June Parker, 82, Grandview, Mo., passed away on Wednesday, Jan. 27, 2016, at St. Joseph's Hospital, in Kansas City, Mo. Betty was born on April 18, 1923, in Schell City, Mo., to Elmer Louis and Pauline Marie (Schultz) Scheurich. She was united in marriage to Daniel DeLos Parker and to this union two children was born.

Betty was raised in Schell City and graduated from Schell City High School. Following high school she went to Kansas City began employment at Pratt and Whitney. She worked most of her life as a secretary in Kansas City and throughout the country. Betty came back to the Vernon County area in 1976.