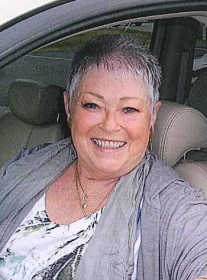 Candace (Kandi) Elaine Griffith, 68, Nevada, Mo., passed on to her Lord on March 3, 2016, at 11:30 a.m., doing what she loved for the Lord in New Amsterdam, Guyuna, South America. Death was sudden and peaceful. Candace was born March 1, 1948, in Minot, N.D., to Clarence and Josephine (Keating) Rosenau. She was united in marriage to Orvel Griffith on Oct. 8, 1988, at Seaside Chapel, in Gualala, Calif., and he survives of the home in Nevada.

While living in North Highland, Calif., Kandi attended Sierra College of Rocklin, Calif. She worked as a bookkeeper and the North Highland school district. In 2000, she retired and they moved to Gualala, Calif., a small town on the Northern California coast.

In 2004, Kandi and her husband, Orvel, moved to the Joplin, Mo., so Orvel could attend Ozark Christian College. Kandi entered the mission field with Orvel and they spent five years in Barbados, returning home in January 2015. One year later, in January 2016, they traveled to Guyana, South America. She and her husband had only been in Guyana four weeks when the Lord called her home.

She was a great mentor and friend to Orvel and everyone she came in contact with. Kandi was a dedicated and compassionate lady serving her Lord diligently. She inspired women to be strong for God.

Besides loving and working for the Lord she had one other passion and that was fashion. At the top of the list was jewelry, especially earrings. After coming home from work she would disappear into her jewelry shop to relax. Kandi was also a good seamstress.

Funeral services will be held at 10 a.m., Friday, March 18, at Ferry Funeral Home, in Nevada, with Pastors Norman Conklin and Mike Whorlow officiating. Burial will follow in Newton Burial Park, Nevada. The family will receive friends from 5 to 7 p.m., Thursday, at the funeral home.

Contributions may be made to her stepdaughter, Tammie Simons, for cancer treatment assistance in care of Ferry Funeral Home, Nevada.