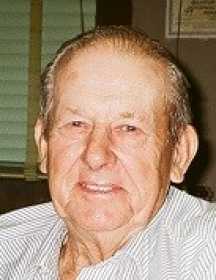 George Emmett Liles, 88, of Richards, Mo., passed away on Thursday, April 21, 2016, at Nevada Regional Medical Center, following a brief illness. He was born on Sept. 2, 1927, in Kingsville, Mo., to Raymond McKinley Liles and Rosie Margaret (Muller) Liles. He was united in marriage to Phyllis Arlene Pray on June 25, 1955, in Dederick, Mo. They were blessed with 60 years together before Phyllis was taken from this earth this past September.

George graduated from Metz High School with the Class of 1945. He then proudly served in the United States Army from December 1945 through July 1947. George then took great pride in his employment as a rural mail carrier. We worked diligently at raising beef cattle and grooming a beautiful pecan grove. George was also a faithful member of the Rinehart Christian Church.

Funeral services will be held at 10 a.m., Tuesday, April 26, at Ferry Funeral Home, in Nevada. Interment will following at Newton Burial Park, Nevada. Friends may call now and until the hour of service at the funeral home and the family will receive friends from 5 to 7 p.m., Monday, April 27.

Those who wish may donate in George's name to the Rinehart Christian Church Building Fund in care of Ferry FuneralHome.