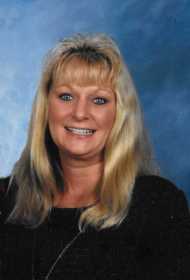 Bobbi was born May 23, 1960, at Elkhart, Kan., the fourth of the five children of Virgil and Genevieve (Davis) Williams. She moved with her family to Missouri in 1962, attended Walker Grade School, and graduated from Nevada High School in 1978.

On June 11, 1978, Bobbi married Dusty Jones and they made their home and raised their two sons in Barton County. Bobbi was a devoted mom who used her athleticism to play softball and keep up with her boys' sport activities. She was a talented artist and took great pleasure in crocheting blankets for family and friends. Bobbi enjoyed the outdoors and grew beautiful flower gardens.

Funeral services will be held at 2 p.m., Friday, May 13, at Lamar Family Ministries Center, with Pastor Bob Petersen officiating. Burial will be in Newton Burial Park, in Nevada.

Condolences and memories may be shared at www.danielfuneralhome.net.