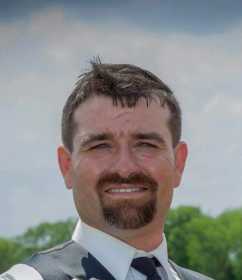 Ronnie grew up in the Fort Scott area where he attended Fort Scott schools and later received his GED in Nevada. Following high school he worked as an auto mechanic and was owner-operator of R & R Garage in Nevada for a number of years. Ronnie loved dirt track racing. He also enjoyed camping, fishing, music, and especially spending time with his friends and family. He was a gifted speaker who spoke at many funerals for friends and family members.

Funeral services will be held at 11 a.m., Tuesday, June 21, at Ferry Funeral Home, in Nevada. Interment will follow in Moore Cemetery, Nevada. The family will receive friends from 5 to 7 p.m., Monday, at the funeral home.