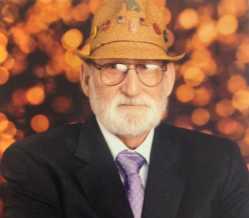 He was a devoted father, grandfather, and a great-grandfather who loved traveling to see his family whenever he could. David loved to fish at Table Rock Lake with his Dad and kids. He took long drives through the back roads and loved the rolling hills, the green fields and trees.

Services will be held in late August at a private ceremony in Branson, Mo.

Memorial donations to support the family with medical/funeral expenses may be made to GoFundMe at www.gofundme.com/2eyu7f64.