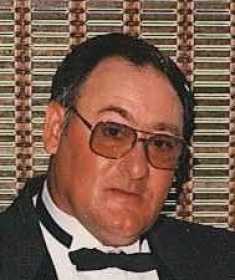 As a baby, Dean, along with his family moved to a farm near Stockton, Mo., where he grew up. Dean attended school in Stockton and graduated from Stockton High School. Following his school years he moved to Nevada where he met and married Lee Mitchem on Aug. 27, 1960, and she survives of the home. Dean worked at various jobs throughout his life including the Nevada Hatchery, several filling stations, Everette Armitage Hardware Store (on the propane side), Nevada Skell Gas as a repairman, and later Gitty Oil Company as a propane repairman. He also raised cattle for several years on the farm. He later sold them when Lee retired so they could spend their winters in Texas at a RV park, which they continued to do for 13 years.

Dean's interests were varied. He especially loved being outdoors, hunting, fishing, gardening, tending to the fish pond and planting trees. He was a devoted family man who adored his wife, daughters, the grandchildren, and the cat "PeeWee." He was a good neighbor and was known by many as "Deano."

Dean enjoyed playing pool at the Senior Center, the "Nevada Group" had several pool tournaments with Stockton pool players. Dean never met a stranger and he made friends where ever he went.

Dean's wish was to take his last breath at his home, surrounded by his family. Special thanks to Heartland Hospice of Butler and to family and friends who helped to make Dean's wish come true.

Funeral services will be held at 2 p.m., Monday, Aug. 22, at Ferry Funeral Home, in Nevada. Interment will follow in Newton Burial Park, Nevada. The family will receive friends from 2 to 4 p.m., Sunday, at the funeral home.

Memorials may be made in his memory to the Nevada Senior Center, Heartland Hospice, or Barone Alzheimer's Care Center in care of Ferry Funeral Home, Nevada.