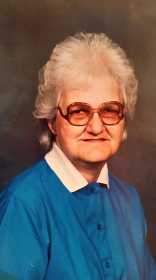 She was born Dec. 19, 1938, to Roy Gerald and Wanda R. (Dayton) Bennett in Gooding, Ida. She spent most of her childhood in Four Lakes, Wash., and graduated from Cheney High School in Cheney, Wash.

Beverly’s first car was a 1957 Chevy convertible which she was extremely proud of. She was fiercely independent, driving across the country to visit siblings many times as a young woman in this car. She followed her brother Floyd to the Lexington and Higginsville, Mo., area to live and then later in life moving to Nevada. She worked two jobs, but her main job was in institutions with the mentally challenged and retired from the Nevada State Hospital after 30 years. She was an extreme Elvis fan and sports fan, cheering in Kansas and Kansas State athletics, Royals, Chiefs, as well as watching local dirt track (cheering on car XJr) and NASCAR races especially Jeff Gordon.

Beverly was able to love unconditionally, caring for nieces, nephews, unofficially adopting her daughter’s friends as well as others. She enjoyed playing cards, games and drinking her favorite drink, Pepsi. Affectionately known to her grandchildren as Nana, she followed her family into Kansas when her grandchildren were small, and passed away on June 5, in Baldwin City, Kan., after a short illness.

She was preceded in death by her parents; her son, Shawn Taylor Rakes; sisters, Betty Davis and Shirlee Hampton; and brothers, Bobby Bennett and Floyd “Ben” Bennett.