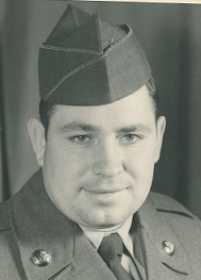 William Don Stockstill, the first child of Wilbern and Velma Marie (Eggleson) Stockstill, was born Jan. 22, 1929, on the family farm located approximately three miles southwest of Filly, Mo. He passed from this life on June 8. On Aug. 19, 1945, he accepted Jesus Christ as his savior at the Missionary Baptist Church in Pacetown, Cedar County, Mo.

Don attended grade school at the rural Sandridge School and high school in El Dorado Springs graduating in 1947. On Nov. 26, 1952, he married Martha Edith Hickman in Harrison, Ark., and they were blessed to enjoy over 64 years together. To this union one child was born, Martha Ann.

On March 9, 1953, Don was inducted into the U.S. Army and he proudly served until March 8, 1955. His service included serving almost 14 months in Germany with the medical corp. After his honorable discharge, he worked in the wheat harvest in Kansas all the way into Canada, then two years on the Cressup Ranch followed by a year at the feed mill in Schell City. In the fall of 1958, he began working at the Nevada State Hospital No. 3 retiring Sept. 30, 1988, with 30 years of service.

He was a lifetime member of the National Rifle Association and enjoyed hunting and fishing. For 36 consecutive years, he went west, hunting in Colorado, Idaho and Wyoming. He was also an avid Winchester collector and had both a Model T and Model A he enjoyed restoring. Other favorite pastimes included woodworking, gardening and taking care of a large yard.

Don was preceded in death by his parents and his sister, Darlene Overcast. He is survived by his daughter Martha and her husband, Rich Patton, of Walker; grandchildren, Anthony Cornell and his wife, Ashley, of Olathe; Jenna Lowry and her husband, Kris, of Joplin; and Dexter Patton, of Olathe. He is also survived by three great-grandchildren, Jessalyn, Kinsey and Harvey Cornell; his brother; several nieces, nephews; and a host of friends.

Funeral services will be held at 2 p.m. on Monday, June 12, at Ferry Funeral Home in Nevada. Interment with Military Honors will follow in Mt. Vernon Cemetery, Walker. The family will receive friends from 2-4 p.m. on Sunday at the funeral home.