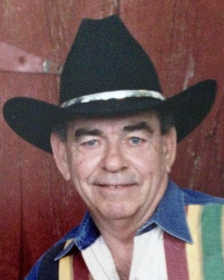 C.L. “Pete” Peterson, age 75 of Fort Scott, passed away Friday, July 14, as the result of an auto accident in New Mexico. He was born on Feb. 2, 1942, in Fargo, N.D. After graduating from high school he joined the U.S. Marine Corp and spent the next four years at Camp Pendleton, Calif., Japan and the Pacific Theater. It was in San Bernardino, Calif., that he met and married Judy Grove in 1963, they later divorced in 1981. He spent 32 years in California then moved to Fort Scott, in 1992. He was a life member of the VFW Post 1165 Fort Scott, and a life endowment member of the NRA.

Funeral services will be held at 10 a.m., Monday, Aug. 14, at the Cheney Witt Chapel. Burial will follow in the U.S. National Cemetery, Fort Scott. Arrangements entrusted to the Cheney Witt Memorial Chapel, 201 S. Main Fort Scott. Words of remembrance may be submitted to the online guestbook at www.cheneywitt.com.