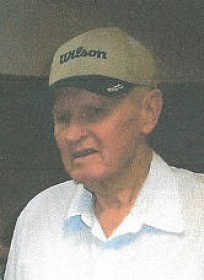 Darrell Emery Morris, 87, Nevada, passed away on Saturday, Dec. 9, at Nevada Regional Medical Center. Darrell was born July 21, 1930, in Nevada to John Emery and Frances F. (Foland) Morris. On Nov. 25, 1959, he was united in marriage to Charlene Smith in Nevada and she survives of the home.

Darrell was raised in Nevada and attended Nevada High School graduating with the Class of 1948. He served in the United States Air Force in communications from 1951-1954 during the Korean Conflict. Darrell then came back to Nevada and signed a contract to play baseball for the Cleveland Indians and later went on to play for five years with the Nevada Red Sox Baseball Team. Darrell worked for DART Truck Company in Kansas City where they manufactured off-road dump trucks. He then worked for the United States Postal Service in Kansas City before transferring with the US Postal Service, first to Springfield and later to Nevada where he continued to work until his retirement.

In addition to his wife Charlene, he is survived by one nephew, Lynn Seaver, Nevada; and one aunt, Maxine Morris, Nevada. He was preceded in death by his parents; and one sister, Glenna Seaver.

A memorial service with military funeral honors will be held at 11 a.m. on Wednesday, Dec. 13, at Ferry Funeral Home in Nevada with the Rev. Hubert Fox officiating. A committal service will follow in Newton Burial Park, Nevada.

Those who wish may contribute to the Shriner’s Children’s Hospital in care of Ferry Funeral Nevada.