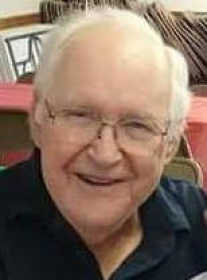 John Douglas “JD” Wilson born July 27, 1936, passed away peacefully in his home on Dec. 19. JD was born in Nevada to Harold and Ruby (Williams) Wilson.

JD attended school in El Dorado Springs, where he met the love of his life, Jean. Following high school JD joined the United State Air Force and served from 1954 to 1957 during the Korean Conflict as a military policeman. He was stationed in Tokyo, Japan, for two years with the honor guard. Their love spanned many miles and upon returning from Japan he proposed. On Feb. 17, 1957, JD married his high school sweetheart, Jean, in Ridgeland, S.C. JD and Jean were blessed with three beautiful children whom he adored, Tammy, John Douglas Jr., and Karen.

JD was a loving, caring, loyal and incredibly funny, hardworking man. JD put his all into everything he did. When he was still able JD had many hobbies which included, hunting, fishing, wood working- making many different projects for loved ones and friends, playing fantasy football online with his buddies, giving his grandkids hilarious memories, making sure they knew he loved them unconditionally and singing to his great grandbabies. JD will be deeply missed by all who knew him. He was an amazing man to know, an incredible husband, a loving father and grandfather and the best big brother eight siblings could have. He went the way he would have wanted to if given the choice, peacefully in his recliner, with his love by his side and his pups at his feet. 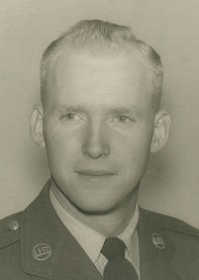 JD is preceded in death by his parents; and one daughter, Karen Sue.

Funeral services with military honors will be held at 10:30 a.m. on Saturday, Dec. 23, at Ferry Funeral Home in Nevada with Elder Kenny Wilson officiating. A private committal will be held at a later date in Olive Branch Cemetery. Friends may call now and until the hour of service at the funeral home.

In lieu of flowers, tune up your car and check the air pressure in your tires, he would have wanted that.

Memorials are suggested in his memory to the American Heart Association or St. Jude’s Children’s Hospital in care of Ferry Funeral Home.