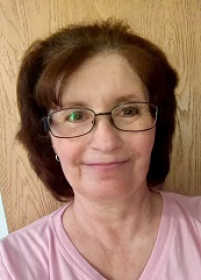 Brenda Louise Mart, 59, Rockville, Mo., passed away on Saturday, Jan. 20, at Ellett Memorial Hospital in Appleton City, Mo., following a lengthy battle with cancer. Brenda was born Dec. 10, 1958, in Kansas City, Kan., to Charles Robert and Alice Louise (Clampit) Kauffman. Brenda was united in marriage to Joe Bill Mart on Oct. 7, 1982, and he preceded her in death on Dec. 14, 1995.

Brenda was raised in Kansas City, Kan., North Moor, Mo., and then graduated from Appleton City High School in 1977. She worked for West Central in Appleton City for several years, was a homemaker and worked in various restaurants. Brenda’s last job was as the restaurant manager at Emery’s Truck Stop where she had worked since 2000. She also lived in the Bronaugh and Moundville area for 13 years.

Funeral services will be held at 1:30 p.m. on Thursday, Jan. 25, at Ferry Funeral Home in Nevada. Interment will be held in Shiloh Cemetery, Barton County, Mo. The family will receive friends from 5-7 p.m. on Wednesday at the funeral home.