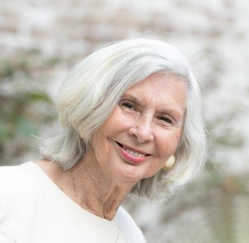 Edyth Roselee Heim, known to most as Rose, passed away Saturday, Feb. 3, at the Sundance Inn Health Center in New Braunfels, Texas, of complications from colon cancer.

Rose, 82, was born in Milo in 1935 and spent her childhood on the family farm with her parents Duane and Harriet Needling and her brother Charles. Growing up she was active in the 4H club and went to Nevada High School. Her ambitions sent her to secretary school. She married Don Heim in 1955 in Kansas City, Mo., and they moved to different cities following Don’s military career and ended up in Houston, Texas, where they remained married until 1981.

She was strong-willed and determined and broke the glass ceiling by becoming the first female manager at her company during a time when that was not always supported, all while taking care of four children on her own. She was a wonderful caregiver supporting her loved ones during their time of need; first taking care of her daughter who recovered from a traffic accident-related coma, for her father as he battled lung cancer, then her brother who died of complications from an inherited liver disease, and most recently her mother who lived to be 103 and 8 months.

Rose was always upbeat and never complained, and even while dealing with the complications of cancer she never lost that.

A memorial service in Austin is planned for Sunday, Feb 18. Contact her son John for more details. If desired, friends can make memorial contributions to the American Cancer Society.