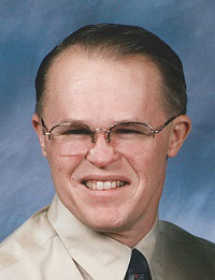 Michael grew up in Raytown and graduated from Raytown High School in 1976. On Dec. 17, 1977, he married Shirley Ann Baxter and they celebrated 40 years together. In 1984 he and Shirley moved to Nevada where they owned and operated Nevada Maytag Laundry for many years. One of Mike’s greatest joys was ministering to children in several area churches in Nevada and Fort Scott.

In addition to his wife Shirley of the home, he is survived by one daughter, Elizabeth Schmoranz (Timothy), Nevada; one son, Kirsten Eiserer, Joplin; one brother, Steven Eiserer, Independence, Mo.; and several nieces and nephews. He was preceded in death by his parents; and one sister, Jennifer Selph.

A celebration of his life will be held at 3 p.m. on Saturday, Feb. 24, at Ferry Funeral Home in Nevada with Bro. Robert Fox officiating. Interment will follow in Newton Burial Park, Nevada. Friends may call now and until the hour of service at the funeral home.