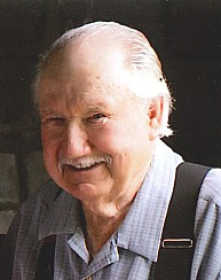 Robert P. Glynn, 90, Walker, passed away peacefully at his home on March 4. Bob was born Dec. 31, 1927, at the family home in rural Malvern, Iowa, the second son of Paul and May Glynn.

Bob attended Spring Valley country school thru the eighth grade. Then completed his high school education at Tabor High School, graduating with the class of 1946.

Bob and Marjorie raised their four children on their farm in Mills County, Iowa. They lived and worked on that farm row cropping and raising cattle and hogs until 1975 when they purchased a ranch in Edwards, Mo. In 1986 they moved to a farm near Taborville, Mo., before settling on their home north of Walker in 1994.

Bob was a man who took great pride in his family. He was frequently heard to say “there’s not a bad one in the bunch.”

Bob was preceded in death by his parents; brother, John; and wife, Marjorie.

Private memorial service will be held at a later date in Iowa.