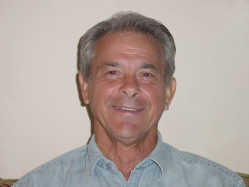 David Linden Worsley, 74, of Liberal, Mo., passed away on March 5, at Via Christi Village in Pittsburg, Kan.

David was born on Sept. 4, 1943, in Foxtown, Kan. He was raised on his parents’ farm and graduated high school at Bronaugh. He married Peggy O’Dell on April 2, 1965, in Arcadia, Kan. She survives.

David is survived by his sons William Eugene and Deanna Worsley, of Pittsburg, Kan., and David Russell and Karon Worsley, of Lamar; four grandchildren, Jensen, Paul, Adam and Caleb; his mother, Valorie Worsley; brothers, Neil, John and Boyd Worsley; sister, Nila Halcomb; eight nieces and nephews; and many great-nieces and nephews. He is preceded in death by his father, Paul Eugene Worsley; and grandson Eli Thomas Worsley.

Visitation will be held at the Christian Church of Liberal from 6-8 p.m. today.

Funeral service will be held at the Christian Church of Liberal, March 8, at 10 a.m. with the Rev. Bob Fenwick and the Rev. Scott Gray officiating.

In lieu of flowers, memorial donations may be made to the Christian Church of Liberal or the Worsley Cemetery, in care of Konantz Warden Funeral Home.

Condolences can be left online at www.konantzwarden.com.