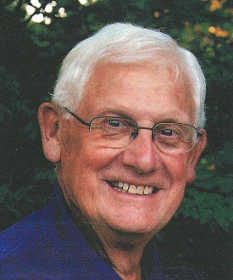 James Leo Erpenbach, 74, of Nevada, passed away after a brief illness Saturday, March 24. The sixth child of 10, Jim was born Aug. 6, 1943, in Mitchell, S.D., to Anthony and Catherine Erpenbach and grew up on a family farm near Fedora, S.D. Ever proud of his South Dakota farming roots, Jim worked hard at home and also as a farm hand for other families for many years to help his own family with expenses. Education was strongly emphasized in his family but seemed out of reach until his high school football coach and teacher encouraged him to attend Southern State College in Springfield, S.D.

With his teaching degree, Jim worked as a high school teacher and coach in many small towns in the South Dakota area. During that time, he met the love of his life, Joan West, while she was attending nursing school. They were married in LeMars, Iowa, on Aug. 10, 1968, and started their life together in Freeman, S.D. Later, their two daughters, Kristin and Amy, were born and Jim completed his Master’s Degree in Guidance and Counseling from South Dakota State University. In 1973, Jim began working for the 3M Company in Mitchell, S.D. While Jim and his family enjoyed Erpenbach picnics and Sundays on the farm, he transferred to Brownwood, Texas, to begin his new career as Human Resource Manager for 3M.

After a few years in Texas, the family moved to Springfield, Mo., and then settled in Nevada for quite some time. Jim left Nevada to work for 3M in Cordova, Ill., and Prairie du Chien, Wis., where he retired in 2003 with 30 years of service to 3M. Always considering Nevada as their home, Jim and Joan retired there so Jim could golf almost year-round at two golf courses and be near Amy’s family and his lifelong friends at St. Mary’s Church.

During retirement, Jim was a proud member of the Knights of Columbus. He also served on the Bushwhacker Museum Committee, the Nevada Library Board and Nevada Planning Commission. He was very active at St. Mary’s Catholic Church. Almost always happy, Jim will be most remembered as an avid golfer, ultimate sports fan, devoted dad, caring grandpa and loving husband. He was always in hurry, yet always had time for others.

Mass of Christian Burial will be held at 10 a.m. today at St Mary’s Catholic Church of Nevada with Father Peter Savidge officiating. Interment will follow in the Mt Calvary Cemetery in Nevada. Rosary was at 6 p.m. Monday in the Ferry Funeral Home Chapel with visitation following until 8 p.m.

Memorials may be made to the “James Erpenbach Memorial Scholarship Fund” in care of Ferry Funeral Home.