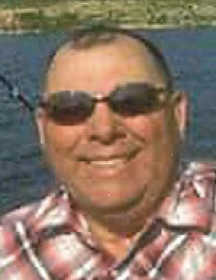 Larry Dean Roberts, 72, Schell City, passed away on Monday, March 26, at his home in Schell City. Larry was born November 14, 1945, in Clinton, Mo., to Melvin Dean and Arvella Jean (Ellerman) Roberts. On June 29, 1972, he was united in marriage to Jeanette Davis in El Dorado Springs and she survives of the home.

Larry was raised in El Dorado Springs and graduated from El Dorado Springs High School. Following high school, he served in the United States Navy. Larry worked as an over the road trucker for most of his life. He was a member the First Baptist Church in Schell City for many years. Larry was a 32nd Degree Mason. He enjoyed riding motorcycles, his little red tractor and spending time with his grandchildren.

Memorial services will be held at 10:30 a.m. on Saturday, March 31, at the First Baptist Church in Schell City with the Rev. Doug Reynolds officiating. Interment will follow in Green Lawn Cemetery in Schell City.