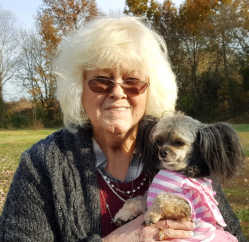 She was born on Aug. 29, 1955, to David and Virginia (Ruegge) Hollandsworth at Washington.

She was united in marriage to David Neil Gardner on June 24, 1978, in Rosebud.

Barbara was a homemaker and a member of Cloud 9 Ranch Club, Inc. and 3M Club of Nevada.

She was preceded in death by her parents, David and Virginia Hollandsworth and husband, David Neil Gardner.

Visitation will be on today from 4-8 p.m. at Gottenstroeter Funeral Home Chapel in Owensville, Mo.

Funeral services will be on Saturday, April 14, at 1 p.m. at the Chapel with the Rev. Terry Knight officiating. Burial will be in Countryside Memorial Gardens in Owensville.