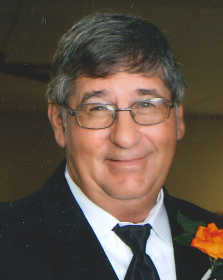 Ron loved the outdoors from a young age. He enjoyed spending time with his cattle, hunting with his dogs and farming. Ron graduated from Walker R-4 High School in 1971. He was an auctioneer in his spare time and belonged to the Missouri State and National Auctioneers Association. Ron was also a member of the Missouri Coon Hunters Association and was actively involved with the Vernon County Youth Fair.

Ron was a long-standing member of the Walker Christian Church where he served as a deacon as well as the Youth Sunday School teacher. He was currently attending the First Baptist Church of Nevada. He farmed and raised cattle in the Walker area most of his life with his wife Janet by his side, but he always made time for his kids.

In addition to his wife Janet, survivors include two children, Kendra Byers and her husband Matthew, Nevada, Hunter Grant and Kelly, Ashville, N.C.; one brother, Robert L. Hughes and his wife Sue, Nevada; mother-in-law, Leta Bloesser, Walker; two sisters-in-law, Jackie Caldwell and her husband Rocky, Walker, and Nancy Hughes, Lamar; and several nieces and nephews, many extended family and friends. He was preceded in death by his parents; two brothers, Raymond Hughes and LeRoy Hughes; and his father-in-law, Tom Bloesser.

Funeral services will be held at 10 a.m. on Monday, May 14, at First Baptist Church in Nevada with Pastor Tim Brewer officiating. Interment will follow in Newton Burial Park, Nevada. The family will receive friends from 3-5 p.m. on Sunday, May 13, at Ferry Funeral Home in Nevada.

In lieu of flowers, those who wish may contribute in Ron’s memory to the Vernon County Youth Fair or Rose of Sharon in care of Ferry Funeral Home.