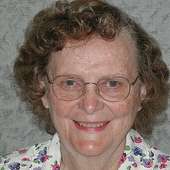 A little wicker baby buggy took me around the house and even short shopping trips when I was quite young. This baby buggy had a top on it that covered just half of the buggy but could be turned to cover the half that needed shelter at any given time. This buggy had four wheels, two in front and two at the back. I believe that it was my first means of transportation.

When I was a little older the buggy and I were in a mother’s day parade in the park near our home in Washington, D.C., My sisters helped me decorate with tissue paper and some pretty weeds. In this case, I controlled my wheels. By the way, I didn’t win the parade.

As I grew a little older I was in control of the wheels on a kiddie car and later still a tricycle. There wasn’t room to ride in either our farmhouse here in Vernon County or the rental we used for years in Washington so the sidewalks at both places got a workout very often.

The rental house in Washington was on an avenue (Western) which wasn’t paved when we first rented the house so we didn’t have to worry about traffic and kids on their choice of wheels. My sister received her bicycle before I had one. We became experts on sharing the bicycle. Ellen would sit on the seat and push the pedals while I sat on the handlebars with my long legs hanging down on each side of the front wheel. When I got my own bicycle later Ellen and I or other friends would ride together on the roads in Rock Creek Park which had one of its many entrances near our second rental house. I would sometimes do that trip by myself.

I will jump back in time to when I was 11 years old and I learned to drive the family car on the unpaved roads by “The Wayside.” In addition to just having fun riding my bike on these roads it was my duty to ride up to the mailbox and get the mail and the newspapers and take them back to my mother. That was a twice a day duty since the Kansas City paper had both a morning and evening edition and we wanted to be sure to get them both. I needed both copies each day to keep up with Dick Tracy, Alley Oop and Little Orphan Annie which ran just one strip on a single page so it took some time to get them all read. Because of these tasks I had much fun with these bigger wheels on the family Buick.

When I enrolled in college, first at University of Maryland and then our own University of Missouri, I needed to commute to these schools so I needed my own set of wheels, of course I was much older than 11 when those things happened. I not only controlled the wheels on the car but I had total responsibility for a little Ford Coupe.

Along with college came marriage and the need for two people with very little money to provide the needed wheels for our new lifestyle, in an empty farmhouse awaiting a sale some distance from the University. Oh how we needed and loved those old wheels.

Time passed quickly for this 71-year marriage with a variety of Chevys etc. As we aged I was the first to have to give up driving and soon we had to rely on others for transportation as the wheels on our most recent car sat idle in the carport. Wheels are now used most often for doctor visits and rare family visits.

My wheels on the baby buggy changed through the years until I will need them to take my last ride.