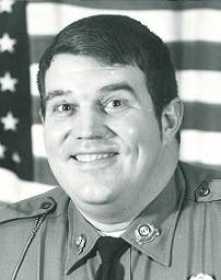 Cris was raised in the Butler and Hume area. He graduated from Hume High School in 1968. From 1969-1971 he served in the United States Navy as a cook on the USS Okinawa seeing time in the Philippines, New Zealand, and Hawaii. Cris spent most of his life in law enforcement. He was employed by the Nevada Police Department for 12 years followed by an additional 20 years at the Vernon County Sheriff’s Department where he served as Chief Deputy under three different Sheriff’s. He was a member of Knob Noster Restoration Branch of the RLDS Church. Cris enjoyed being on the farm, hunting and fishing, and taking care of his animals.

Funeral services with Military Honors will be held at 1 p.m., Saturday, Aug. 11, at Ferry Funeral Home in Nevada with Elder Michael Brown, Elder Melvin Quick, and Elder Michel Vick officiating. Interment will follow in Marvin Chapel Cemetery in Nevada. The family will receive friends from noon to 1 p.m., prior to the service at the funeral home.

Memorials are suggested in his memory to the American Cancer Society in care of Ferry Funeral Home in Nevada.