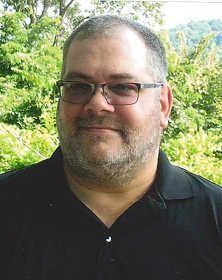 Ron grew up in Nevada and graduated from Nevada High School in 1984. He attended Embrey-Riddle University where he received his Bachelor’s Degree. Ron was honorably retired from the United States Air Force attaining the rank of Master Sergeant after 20 years of service. He was a veteran of Operation Desert Storm.

Graveside services with Military Honors will be held at 10 a.m., Friday, Oct. 26, 2018, at Sheldon Cemetery in Sheldon, Mo. Local arrangements are being handled by Ferry Funeral Home in Nevada.

Memorials are suggested to Wounded Warriors Project in care of Ferry Funeral Home in Nevada.