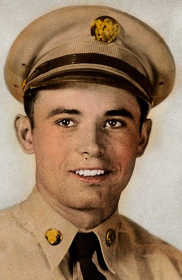 Raymond was raised in Hitchcock, Okla., and resided on the farm that was homesteaded by his family until it was sold in 1948. The family then purchased a farm in the Sheldon area of Barton County which he and Darline later purchased and continued to reside to this day. Raymond was drafted into the U.S. Army in 1951 and served in Korea during the Korean War until he was discharged in 1953. Following the service he continued to serve in the Army Reserves for a number of years. He and Darline lived and worked in Oklahoma for a time where he drove a dairy truck before returning to the Sheldon area. Raymond worked as a postal carrier for 30 years in the Sheldon area retiring in 1992. Following retirement he continued to farm for a number of years. He was a long-time member of the Assembly of God Church in Lamar.

Graveside services, with military honors, will be held at 1:30 p.m., Tuesday, Oct. 16, at the Sheldon Cemetery, Sheldon, Mo., with Pastor Robert Fox officiating. Friends may call now until 12:30 p.m., prior to the service at Ferry Funeral Home in Nevada.

Contributions may be made in Raymond’s memory to the Sheldon Cemetery in care of Ferry Funeral Home.