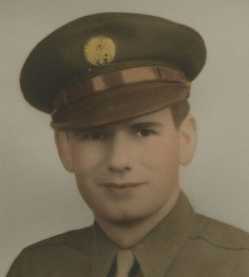 Orville left school at the age of 14 in 1933 at the height of the Great Depression to begin employment at the Roxy Theatre Corporation in St. Louis Mo., working his way up to Service Manager. In 1939, he began his association with the war effort by serving as a liaison between the British Corps of Engineers and U.S. manufacturing companies in the manufacturing and shipment of steel “Knock Down Bridges.” He continued the U.S. defense effort with his participation in the L.S.T. program (landing ships, tanks and floating dry docks). Orville enlisted in the US Army and served with the 70th Infantry Trailblazer Division in Europe, where he was a combat rifleman in three campaigns (Ardennes-Alsace, Rhineland, and Central Europe) during WWII. Upon his return to the U.S. in 1946, he entered the restaurant and package liquor business in Mount Carmel, Illinois. Orville returned to St. Louis in 1950, where he began employment at Airtherm Manufacturing Co. He was elected to the Airtherm Corporate Board of Directors in 1962 and retired in 1984 as Vice President of Operations.

During his working career, he was highly involved with multiple national manufacturing groups and was privileged to have helped further the cause of human relations in the workplace not only in St. Louis, but nationwide. Orville served as president for a number of professional associations related to his work as well as for the Lutheran Church of Webster Groves, Mo., where he was an active member for many years, and for the 70th Infantry Division Association. He traveled extensively in Europe, Scandinavia, Russia, Japan, Korea, and the South Pacific.

After 51 years in the work force he retired in 1984, allowing him a slower pace of life and time to enjoy his home and yard, play golf, engaged in pleasure travel, and everything else he referred to as “The Good Life.” Orville relocated from St. Louis to Nevada, Mo., after his marriage to Edna and immersed himself into the community as a member of the First Baptist Church, the Nevada County Club, and the Rotary. He was a beloved uncle to two nephews and two nieces, a dear and loyal friend to people in many states and across counties, and was known to all as a true gentleman.

In addition to his wives, Orville was preceded in death by his parents, nephews, and two brothers, Bob J. Ellis and Kenneth Ellis. He is survived by his nieces, Dawn Ellis of Knoxville, Tenn., and Peggy Ellis of Phoenix, Ariz.

Funeral services with Military Honors will be held at 11 a.m., Friday, Nov. 16, at Ferry Funeral Home in Nevada with the Rev. Hubert Fox officiating. Private burial will follow Monday, Nov. 19, at St. Paul Churchyard in St. Louis. The family will receive friends from 10 to 11 a.m., prior to the service at the church.