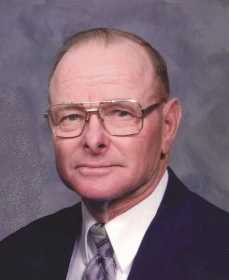 Bill was raised in Deerfield and Bronaugh area and graduated from Nevada High School in 1953. He served in the United States Army for two years while stationed in Germany following World War II. Bill returned to Vernon County and was a truck driver for Van Tassell Trucking in Pittsburg, Kan. He later operated Bill and Opal’s Apco Station for 7 1/2 years. For most of his life he raised hogs and pecans on the family farm in Moundville. Bill was a member of the Deerfield Baptist Church. Memberships also included Masonic Lodge No. 108 in Garland, Kan., and he was a life member of the Scottish Rite. Bill enjoyed putting puzzles together, caring for his pecans, his pets, and being outdoors. He was known for being there to help a friend in need.

Memorials are suggested to Shriner’s Children’s Hospital in care of Ferry Funeral Home in Nevada.