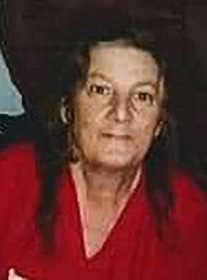 Martha came to Chanute, Kan., at a young age with her family and grew up there and in the Pittsburg, Kan., area. In 1985 she came to Nevada making this her home. Martha worked at Nevada Habilitation Center in food service, Rodeo Grill, and was currently employed by Truman Elementary in food service for the past four years. She was member of Life Church in Nevada. Martha enjoyed playing Bingo at the Elks and the Eagles, and putting together jigsaw puzzles. She loved fishing, watching the Kansas City Chiefs, watching CSI, and attending her grandchildren’s activities.

Funeral services will be held at 10 a.m., Monday, Jan. 14, at Ferry Funeral Home in Nevada with Pastor’s Terry Mosher and Lawrence Wilson officiating. Interment will follow in Deerfield Cemetery in Deerfield, Mo. The family will receive friends from 5 to 7 p.m., Sunday, at the funeral home.