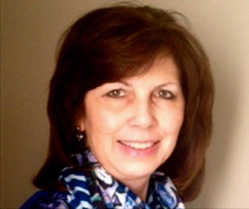 Martha grew up in Parsons and graduated from the Parsons High School in 1974. Following high school she went to the Dallas Fashion and Merchandising College. She later attended Kansas University for a time before graduating from Pittsburg State University with a degree in Business Administration. She then went on to receive her Master’s in Education from William Woods College in Fulton, Mo.

Martha worked for a number of years for La Forge and Budd Construction in Parsons as a staff accountant. In 1992, Martha and Steve moved to Nevada where she also worked as accountant for Cubbage Farms for six years. She then worked at the main office of Nevada High School as accountant before transitioning into teaching in 2000. Martha worked as Business Technology Instructor and in 2005 became Marketing Instructor for Nevada Regional Technical Center. Martha served as DECA advisor from 2005-2016 and was involved in taking many students to competitions over the years and took great pride in their numerous achievements in state and international competitions. One of her most rewarding accomplishments was seeing two of her DECA student teams take first place at international competitions in 2010 and 2012. Martha was also an accomplished musician. She served many years as organist and pianist at First Baptist Church in Nevada and also provided accompaniment for numerous school and church programs for many years. Martha was a member of the Presbyterian Church, and a member of the P.E.O. Sisterhood.

In addition to her husband, Steve, she is survived by three children, Lauren Jones and her husband, Dan, Willard, Mo., Broc Hammett, Overland Park, Kan., and Alexandra Cubbage, Canton, Mich.; two grandsons, Rainer Jones and Sebastian Jones; one sister, Diane Carpino and her husband, Jim, Arlington, Texas; father and mother-in-law, Robert and Barbara Cubbage; sister and brother-in-law, Christy and Butch Rigby; and numerous nieces, nephews, cousins, aunts, and uncles. She was preceded in death by her parents.

Memorial services will be held at 3 p.m., Tuesday, Jan. 15, at the First Baptist Church in Nevada with the Rev. Greg Ferree officiating. The family will receive friends from 1-2:45 p.m., prior to the service at the church.

In lieu of flowers memorials may be made to Vernon County Cancer Relief, DECA Scholarship Fund at Nevada R-5 Foundation, or Kansas City Hospice House in care of Ferry Funeral Home in Nevada.