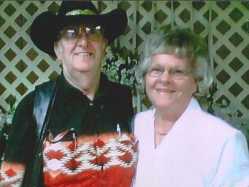 Ada grew up in Osceola and graduated from Osceola High School. She worked in the kitchen at Nevada Manor Nursing Home and later Heartland Hospital in Nevada for a number of years retiring in 1999. Ada was a member of the Seventh Day Adventist Church in Nevada. She enjoyed sewing, crocheting, cooking, watching birds and wildlife in her backyard.

Funeral services will be held at 10 a.m., Friday, March 22, at Ferry Funeral Home in Nevada with Pastor Abel Hagan officiating. Interment will follow in Moore Cemetery in Nevada. The family will receive friends from 9 to 10 a.m., Friday, prior to the service at the funeral home.

Memorials are suggested in her memory to Moore Cemetery Association in care of Ferry Funeral Home.