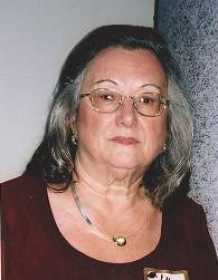 Lucretia Ann Keys, 80, Nevada, Mo., passed away on Thursday, April 4, 2019, at Medicalodges in Nevada. Lucretia was born Oct. 20, 1938, in Nevada, to Sidney Irwin and Mary Elizabeth (Horning) Riley. She was married to Paul Keys and together they had three children.

Lucretia was baptized at Pine Street Baptist Church. She worked at Mattingly’s in Nevada for 29 years, and also worked for a time at Thriftway’s, and Nevada News. Lucretia enjoyed taking pictures, crocheting, reading, and was a member of Tri-County Wood Carvers.

Funeral services will be held at 1 p.m., Monday, April 8, at Ferry Funeral Home in Nevada with Pastor Sam Jones. Interment will follow in Moore Cemetery. The family will receive friends from 2 to 4 p.m., Sunday at the funeral home.

Memorials are suggested to the family in care of Ferry Funeral Home in Nevada.