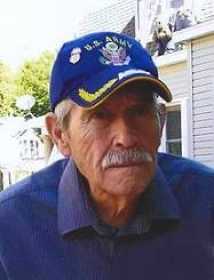 Bob enlisted in the U.S. Army in 1955. He served a 16 month tour during the Korean War where he earned several medals including the Army Commendation Medal, the Army Achievement Medal, and the National Defense Service Medal with Bronze Star. He was discharged in 1959 and a few years later joined the National Guard until his discharge in 1993.

He graduated from Pittsburg State University with a Master’s Degree in history and earned his Administrative Degree from the University of Central Missouri.

In addition to being a history buff he enjoyed hunting, recreational boating, and being with his family.

He is preceded in death by his grandparents, Charles and Rosa Farrell; his parents, James Winfred and Lavon Eva Allen; and his sister, Alys Jo "Jody” Schartz.

Funeral services were held at 10:30 a.m., Friday, July 5, at Ferry Funeral Home in Nevada. Interment with military honors followed in the National Cemetery, Fort Scott, Kan. The family received friends from 9:30-10:30 a.m., prior to the service.

Contributions may be made to the Alzheimer’s Association in care of Ferry Funeral Home.