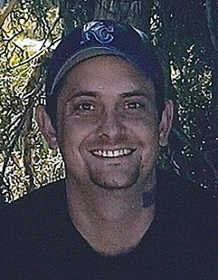 Chris grew up in Nevada and attended Nevada High School. He received an associate degree from Crowder College in Neosho in small engine and automotive repair. Chris has worked for Ken Cove Farm Fence Company in Nevada for the past 13 years. During his time with Ken Cove, Chris traveled numerous times to China and Taiwan and has worked throughout the United States. He enjoyed fishing, watching the Dallas Cowboys, and going to the races. Most of all he loved spending time with his children, especially times spent fishing and going to the park.

Funeral services will be held at 1 p.m., Monday, Aug. 26, at Ferry Funeral Home in Nevada with Pastor Jeff Adams officiating. Interment will follow in Newton Burial Park. The family will receive friends from 3 to 5 p.m., Sunday, at the funeral home.

Contributions may be made to a memorial fund for his children in care of Ferry Funeral Home.