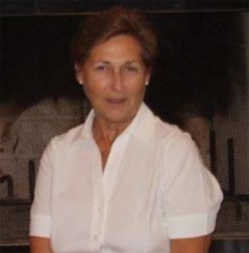 It is with great sadness that the family of Connie H. Malarkey announces that she completed her life journey after a six-year battle with lung cancer and more recent brain cancer on Jan. 17, 2020, at the age of 76 years.

Connie was born on Sept. 22, 1943, in Nevada, Mo., to Harry Otis and Vivian Marie Havens. She graduated from Nevada High School in 1961. She moved to England in the fall of 1961 where her first son, Michael Ray Ferry was born. In 1963, she returned to the United States to Knoxville, Tenn., where her second son, Daniel Patrick Ferry was born in 1964. Knoxville has remained her home since that time.

Connie was employed at Knoxville Utilities Board (KUB), The University of Tennessee, and the American Heart Association. In 1976, Connie began working in Oak Ridge at the Oak Ridge National Laboratory and later at the Y-12 plant. Connie retired in February 2010. She continued as a contractor for her working group until her death.

Connie was an active member of the American Association of University Women and the Executive Women Golf Association (now Ladies Professional Golf Association Amateurs). Connie held many Knoxville and Tennessee State offices and was the Web Master for AAUW of TN and EWGA.

Connie enjoyed traveling and succeeded in traveling to all 50 states with additional travel to Canada, Mexico, Italy, France, Japan, England, Scotland, and Ireland. Connie and Mike enjoyed The University of Tennessee sports with season tickets for football and men's and women's basketball as well as season tickets to the Clarence Brown Theater.

A Celebration of Life service in memory of Connie will be held at 5 p.m., Saturday, Jan. 25, at the Rose Mortuary Mann Heritage Chapel, 6200 Kingston Pike, in Knoxville, Tenn., with the Rev. Nicolé Raddu Ferry officiating. A reception for remembering Connie will follow the service and all are welcome. Interment will follow in a private ceremony with the family at East Tennessee State Veterans Cemetery at a later date. Those who so desire may make memorial donations in memory of Connie to The American Association of University Women by writing a check to AAUW and mailing to AAUW in care of Barbara Mintz, 8606 Lake Court Lane, Knoxville, Tenn., 37923 or the American Cancer Society, 871 Weisgarber Road, Knoxville, Tenn., 37909. Condolences may be left for the family at www.rosemortuary.com.